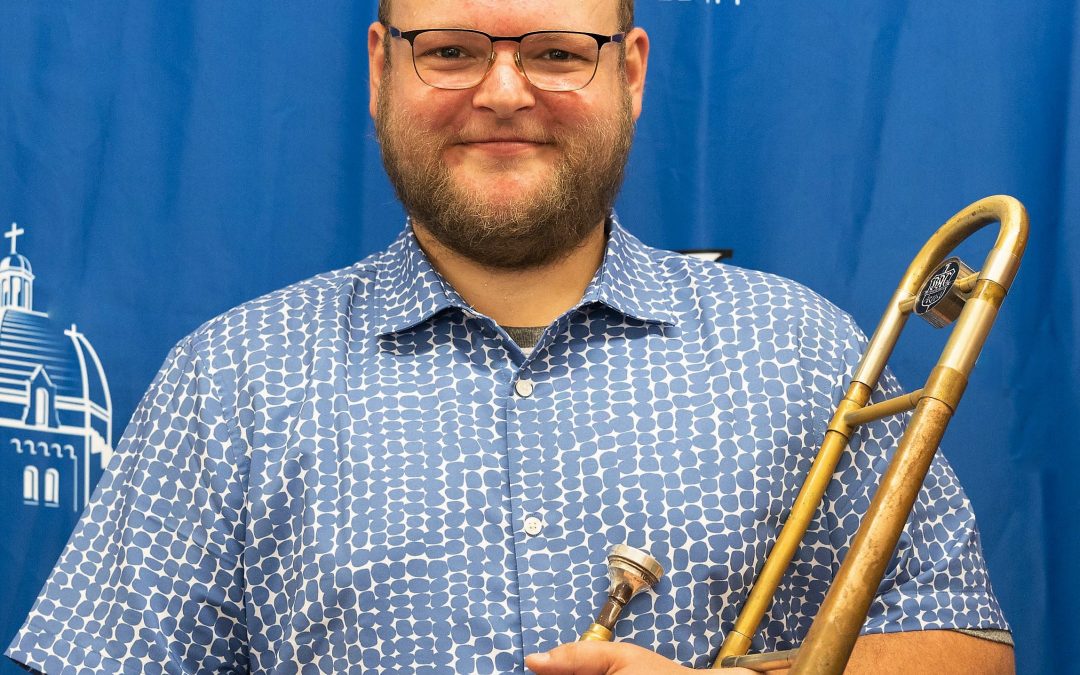 Trombone | Kyle Molitor, joined Valley Catholic Music School in 2022. He began playing trombone at the age of 12 and attended The New School for Jazz and Contemporary Music in New York City, where he studied with Elliot Mason of the Lincoln Center Jazz Orchestra. He is a two time member of the Recording Academy’s Grammy Jazz Ensembles, and recorded at Capitol Records in L.A. for the 2010 and ’11 Grammy Awards.

Kyle is also a three time member of the Monterey Jazz Festival’s Next Generation Jazz Orchestra, and has had the honor of performing at The Kennedy Center, Yoshi’s (San Francisco), The Jazz Standard, the Montreal Jazz Festival, and the Monterey Jazz Festival with featured solos in each venue. Playing at the MJF provided him the opportunity to perform with many great artists including Joshua Redman, Dianne Reeves, Wynton Marsalis, Benny Green, and Donny McCaslin. Kyle’s sound can be heard in the horn section of “Freedumb”, a track on Bootsy Collins’ album “The Funk Capital of the World” which he recorded with his mentor Farnell Newton. He also performed in the 2012 music video “We Are Ready” with Dance Floor Diplomacy.  Pursuing his career in music performance, Kyle was a member of Bootsy Collins Rubber Band for three years and has been touring across America since 2015. He recorded on Farnell Newton’s album “Ready To Roll”, Tony Ozier’s album “36 Flavas”, composed/arranged for Marmoset for their “Bridge City Revival” Motown/Soul tribute album, toured America with world-class traveling bands such as Brasstracks and Kelly Finnigan, and released his debut album “Icicle”.

Being able to balance the opportunity to travel and perform incredible music while recording and playing shows locally has been Kyle’s main focus. During the past three years, the opportunity to teach private lessons locally has reinforced the importance of high quality musical education for the younger generation. He’s eager to be challenged, brings an unusually broad base of natural talent, experience, and professionalism. He is proud to be a part of the standard of excellence that Valley Catholic Music brings to its students.