A Letter from the VCHS Principal – September 2020 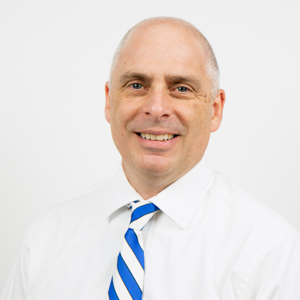 Current High School families have already read this reflection but I thought it might be worth a re-print in this edition of the VC View to give the broader community an idea of where I think we stand in the midst of our current situation.

When I was a kid I complained a lot. As a result, I usually got a family history lesson which often had a simple message, something akin to; “You don’t know how good you have it.” or “Count your blessings.”

I don’t know if all the informal, family history lessons were what influenced my decision to earn my undergraduate degree in history or not, but the lessons of history are often what I turn to when evaluating current events. So here is a little family history lesson that’s given me some perspective these last few months.

My grandfather’s younger brother, Russell, was in elementary school during the influenza outbreak of 1918. School closed. He missed months of formal education and being able to go out and play with his friends. As he finished high school and was preparing to head off to college, the nation was beginning its plunge into the Great Depression. Four years later, as he was beginning to “make his way in the world” the nation had an unemployment rate that is often estimated to be around 20%. And when he was 30 the nation entered a world war and he served his country. After the war, he returned home, secured a job in the financial industry, raised a family, and had a long and pretty fulfilling life (by all accounts), living well into his 80s.

What’s my point? Well, recently I’ve found myself complaining a bit more than usual – almost to the point of having what might be best described as tantrums. Not sure if that rings true for some of you, too.

I’ve watched my older kids’ college experience completely turned upside down. Now the tuition payments have started up again and each school is inching closer and closer to all digital learning. And then there’s my son Joe…hoping that his senior year here at Valley Catholic High School will have a sense of normalcy at some point. Will he have a senior year of football? Will he have a prom? What will graduation look like?

The last several months have been spent trying to reimagine and redesign a Valley Catholic education based on guidelines and recommendations that change almost weekly. There have been a lot of sleepless nights. There are times, as a principal, a spouse, and a parent, that it seems so daunting and, to use a word I used regularly as a teenager; “Unfair!”

And then I fall back on that family history lesson and try to put it in perspective. Is distance learning better than in-person instruction? I don’t think so. But this generation of students has the ability to flip a switch, and have a teacher teach them. And at Valley Catholic they are teachers that know them or will get to know them. And they are teachers who create personalized instruction and a curriculum that is driven by passion, not a canned curriculum to simply be delivered to students. My great uncle didn’t even have teachers put packets of worksheets together for them. They got no schooling. None. Zero. Zilch. Nada.

Did my great uncle fall behind academically? Probably. (Although we could have quite an existential conversation about what it means to “fall behind” but that’s for another day). If he did, he put the extra work in to catch up. Will the current generation do the same? Time, and individual character, will tell.

Are there social challenges for our kids? Sure. But unlike previous generations they have the technology to be able to see their friends, albeit on a screen, and talk with multiple friends at the same time. Even during a pandemic this is a generation that has ways to connect that were once viewed as science fiction. My great uncle, at best, might have been able to call one friend on a telephone…if his parents allowed it. Now that was isolating.

None of this is meant to diminish the challenges faced by families and students. These challenges are real and can be very daunting. But they do not have to be insurmountable. We don’t have to lament for all the things that students are missing out on. We can help students count their blessings. We can model how to live valiantly during difficult times. We don’t have to look backwards. We can look forward. And we will have to work at this – maybe harder than at any other things we’ve worked at before. But if we do count our blessings, if we do realize how good we do have it, and if we decide to bloom where we are planted then I find it hard to believe that this generation of students will be any less successful than Russell’s… which is often referred to as “The Greatest Generation.”